It's Christmas in Arcana and Terminus Center has been decorated for the festivities. Santa's granddaughter Marie is in town with quests and the hunt for the Bad Santa and the Christmas Shushus is on! 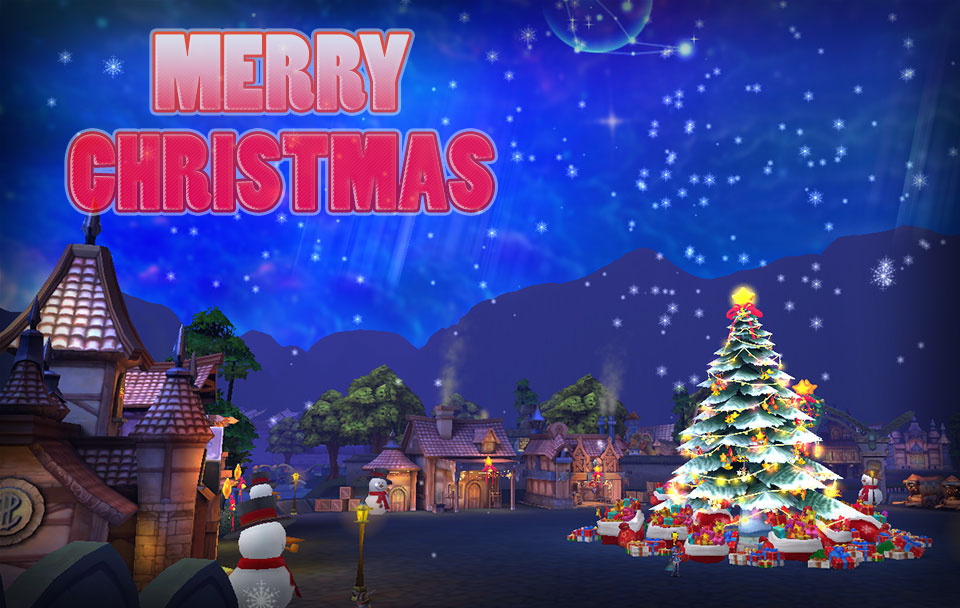 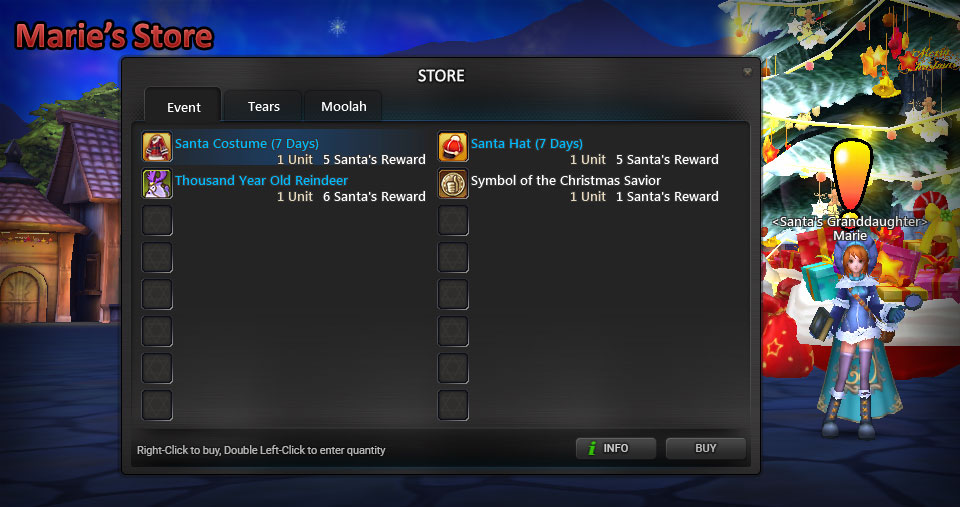 Team up with upto 5 other players of ANY level and speak to Marie in Terminus to enter a brand new seasonal dungeon and defeat Bad Santa.

Bad Santa doesn't care about your class, level, or gear, everyone is equal to Bad Santa! Anyone can tank him and anyone can help damage him. Take along your low level friends - they will be just as effective as a level 100, regardless of gear, items, and skills.

Bad Santa can drop Christmas Food, Fireworks, Pet Summoning Pieces, III/IV/V Equip Cards, Trophies, Christmas mounts and costumes, the Bad Santa title, and "other" stolen items. You can enter once per day and it resets at 00:00.

The Christmas Shushu is a rather tough little fellow that can drop Christmas Fireworks to replenish your HP, MP, or both, and also usually has some Christmas event foods and pet summoning pieces too!