Admin Sedy
posted on Sunday, April 14 2019, 12:55 AM in Updates
The server will be down for an extended maintenance of approx. 2 hours at 23:00 on Sunday to patch in Easter events, content and the usual fixes. Please read below for more info.

EASTER
The Easter Rabbit, Momo, will be back in Terminus for Easter! Selling Easter themed costumes, mounts and accessories in her store for Scrub's Tears and Moolah, and Easter event food for Money Envelopes which can be obtained by completing quests. The Moolah costumes, accessories and mounts can also be found in the Shop with a 10% discount applied.

Momo has several quests available including a chain quest to build a +70% speed Carrot Kart mount!

Make sure to check the other Terminus residents for more Easter event quests. Look out for the bright pink exclamation marks above the NPCs and on the map!

Easter Topup Bonus
You can get 20% Bonus Moolah this Easter when you topup - just topup as normal ingame or here on the website and receive an additional 20% Moolah. The bonus is applied to all types of topups including mobile phones.

The 20% Bonus Moolah will be available from Monday 15th April until Tuesday 30th April at midnight, so don't miss out! 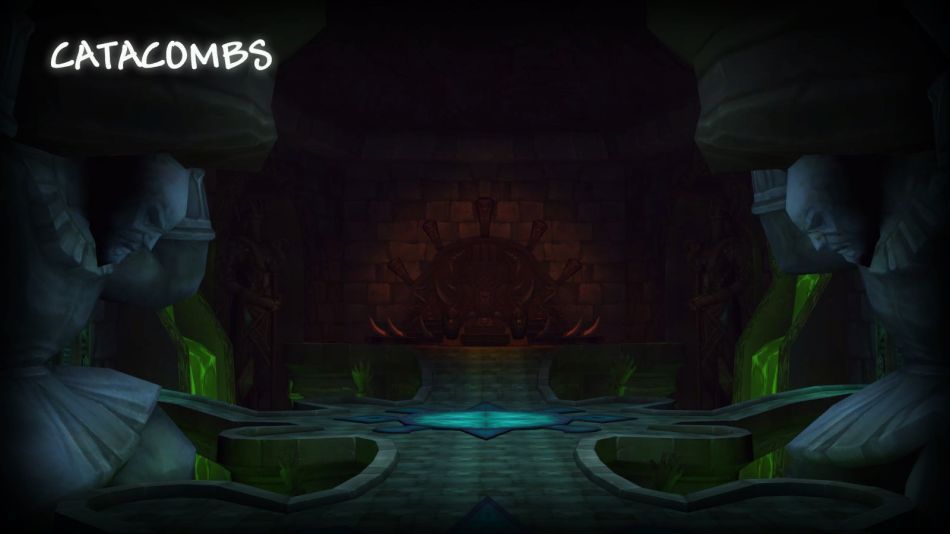 Catacombs has been changed from a raid map to a level 100 party dungeon that resets every 24 hours at midnight.

Monsters have been adjusted for a party of 6 level 100 players with a similar difficulty to Dead Man's Peak. The content requires a Tank, Healer and 4 DPS. 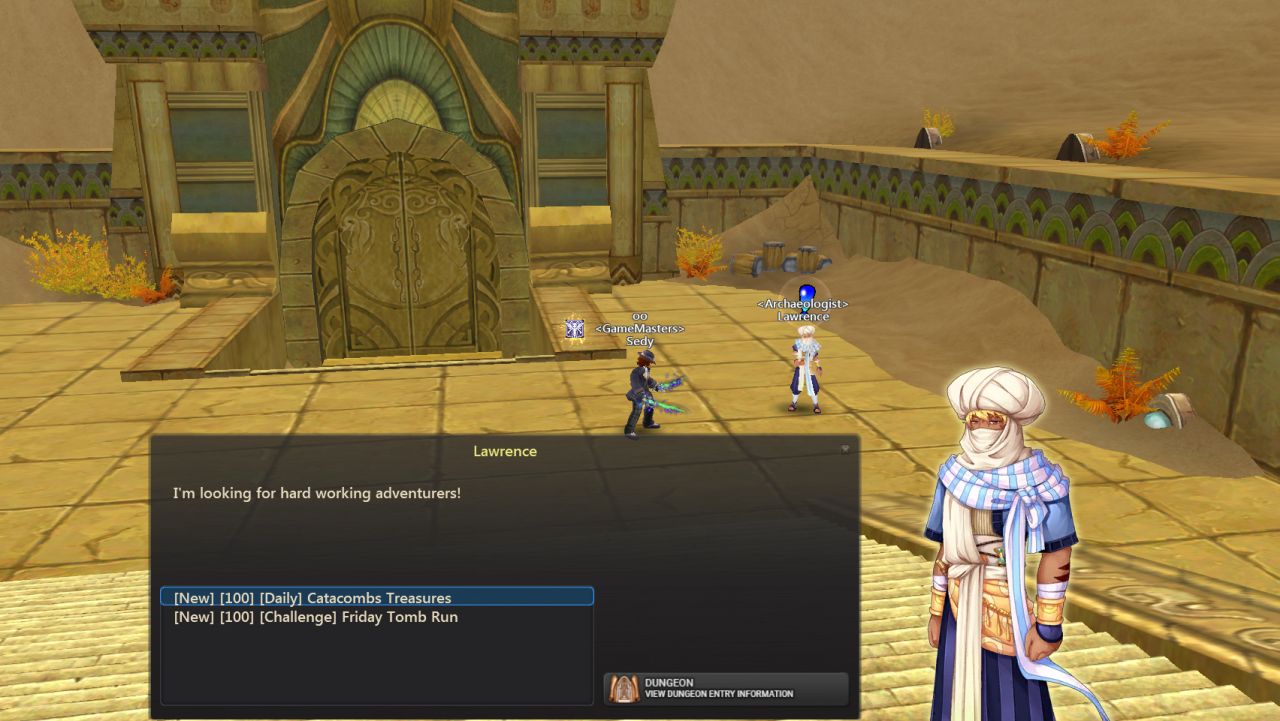 Daily Challenge quest added to clear the dungeon within 60 minutes, awarding a Speed Demon Box and an Armor Box with contents that change depending on the day of the week. One day could be boots, another helms etc.

There is also a Daily quest to collect from chests, awarding Scrub's Shining Trophies.

Changes
Doors have been added at certain points in the dungeon to prevent skipping content or to prevent avoiding certain game mechanics on some bosses.

Portals from Reach of Trials to Collonade and Atrium now spawn when Blightlord Naelak is defeated.

Many efficiency 99 debuffs reduced to efficiency 10 so they are dispellable.

Blightlord Naelak
Several changes to his skills to make it more party friendly. The stacking defense debuff chance has been toned down and the casting time of several skills increased.

General Manu
Corrected some issues with Manu's size and hitbox which was causing some of his skills to miss and also cause issues with player's range.
Several skills changed to cause area damage instead of single target.

All
Bugfix: Dungeon portals that have yet to be spawned are no longer displayed on the map and minimap. They will appear when the portal is spawned (usually when a boss is defeated).

Efficiency: Improved the Nighttime Party Buff and Hell Mode Buff systems. They were not communicating with the game client efficiently.

Bugfix: Fixed an issue with character size changes not applying when entering a Hell Mode dungeon or any dungeon when the Nighttime Party Buff was active.


MONSTER
Bugfix: Corrected the debuff icons for multiple monster skills. Some were efficiency 99 but still had a coloured icon making you think it was dispellable, and some physical debuffs had blue icons instead of red, etc. etc.

Change: The crit rating of several level 100 dungeon monsters and bosses have been increased slightly.

Efficiency: The amount of monsters on some field maps has been reduced slightly on some maps to improve overall server efficiency.

Bugfix: Corrected several monster skills that have a pull component. The pull distance will now match the skill's range (either direct or in a radius around the monster). I'm not certain but this might have been the cause of some client crashes on Namazu and maybe other monsters too).

Change: Corrected several monster skills that do damage in a radius around the monster to no longer require a target as requiring a target was sometimes preventing them from using the skill if their main target was moving around or too far away. Again, I'm not certain this was causing any issues other than the skill not being used, but it's possible.

Change: Reduced the range of several Okeanos skills and changed the target system of another so that it target's a random player instead of the one with the lowest HP.

Bugfix: Corrected a possible issue with monster area of effect markers (red circles) when the skill follows it's target (think Okeanos) and the target moves out of the skills max range before the casting time is complete. The skill will still land even if the player goes out of range and that is by design, these skills are not supposed to be avoided by the one targeted, but the red circle will now get removed to prevent possible client crashes for others in it's vicinity. (Again, not even sure this was causing a problem but I'm trying to track down the issues client crashes at Okeanos). 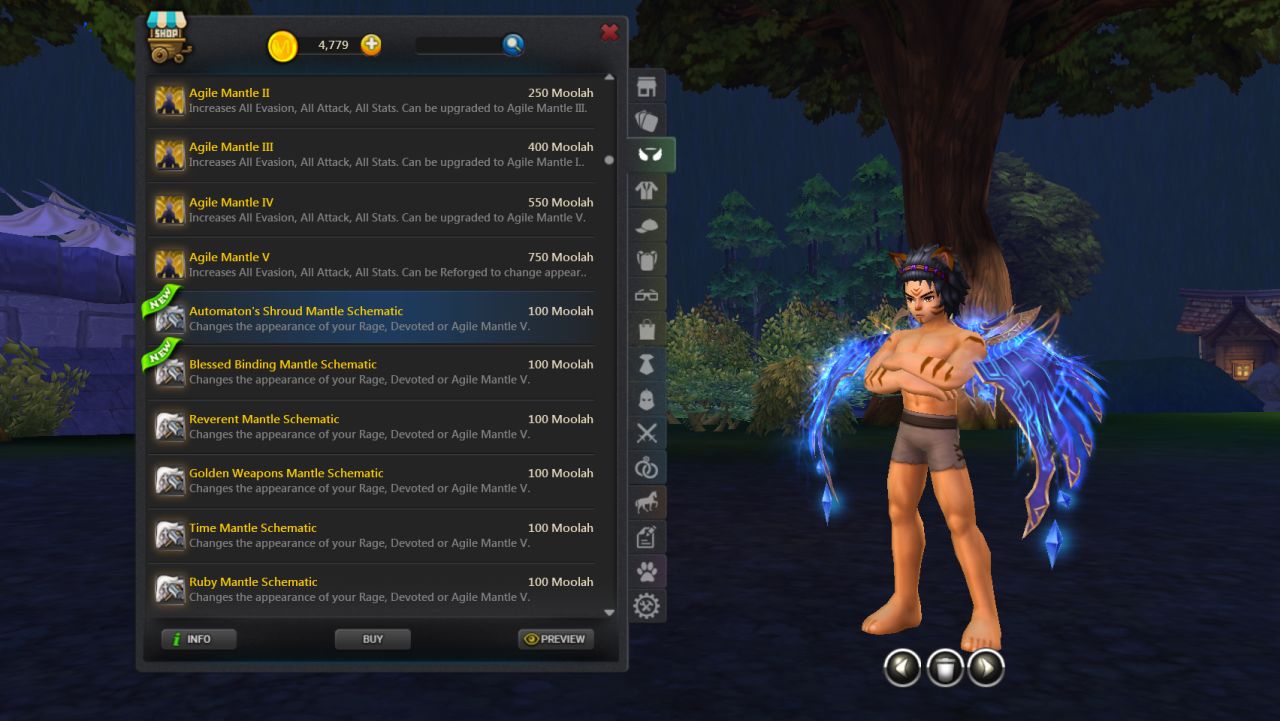 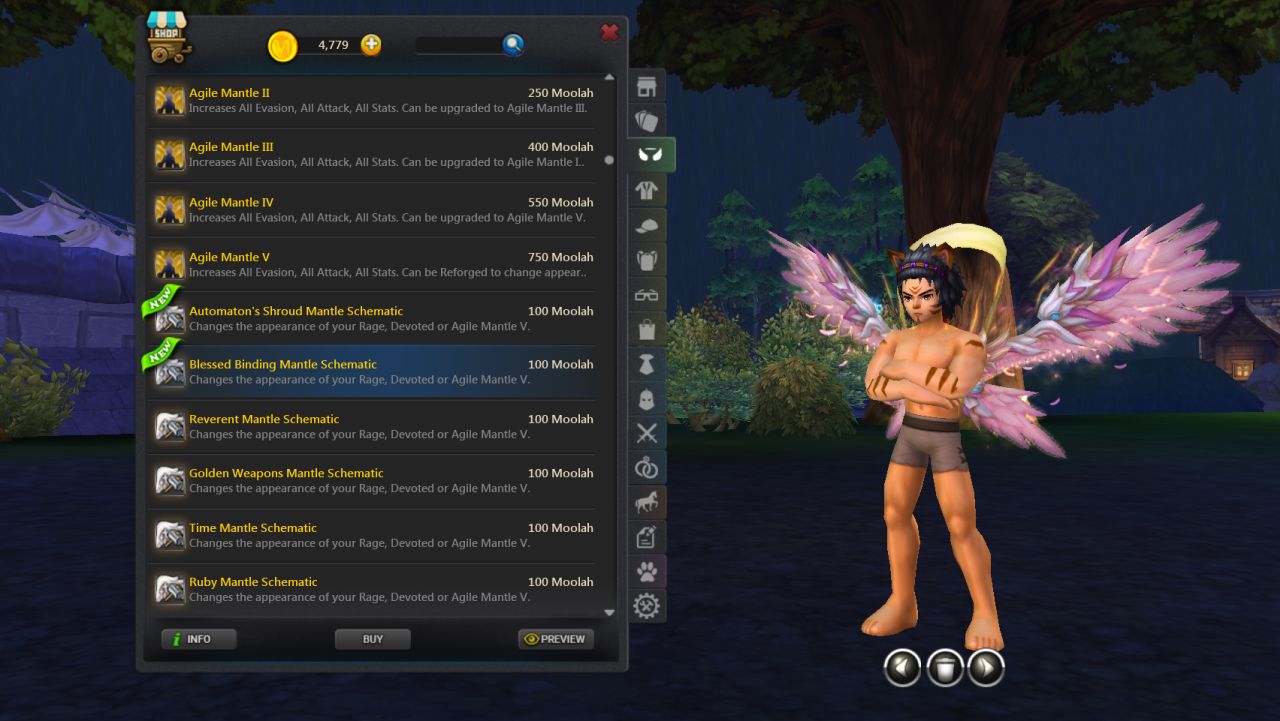 Mounts
Bugfix: Further updates to Skeletal Steed mounts to attempt to correct the issue with some maps turning white due to lighting problems when riding one of these mounts.

Change: Imperfect mounts from Catacombs now have an Amber slot.

Change: The Mad Hatter's Teacup mount from Wonderland now has an Amber slot and the cast time has been changed to instant cast.


EXTRACTING
The item extraction item lists have been reworked with updated prices and a set amount of extracted items that depends on the rarity and level of the item being extracted. Similar to how it already was in most cases but more accurately reflecting the item's quality and level as before some high level epic items were giving the same or less stones than a mid-level unique quality item.

Items from Wood Garden that were extracting into Scrub's Mighty Trophies now provide stones instead.


SKILLS
Change: 3rd job skill level requirements have been modified, spreading the skills out more evenly between level 75 and 100 and some skills had their pre-requisite skills (skills needed before being able to learn them) changed.

Change: Skill MP requirements have been adjusted slightly bringing reductions in MP use for some classes. MP usage should be more even between the classes now.

Change: 3rd job skills and some older skills and passives have been updated with new icons.

Wizard
Cold Radiance can now be cast on any friendly player, not just party members.


GUILD
Bugfix: Corrected some issues with the guild maintenance system as it wasn't clearing old Beginner's Guilds from the system which has resulted in poor server performance. All empty/inactive Beginner guilds will be cleared from the system during maintenance.

Note: I will also do a maintenance on normal guilds and clear all guilds where a guild member hasn't logged in for more than 4 years. I will repeat this maintenance in a few weeks time on guilds where a member has not logged in for 3 years, and then again at a later date for 2 years, so if you have a guild you want to keep you have some time to log in a member before it gets removed.

Guild Perks
All guild perks have been reset. Note: If you had points in Mercantile Agreement to increase your Guild Warehouse storage you will need to put points back into it in order to see your additional slots.

All guild unions have been disbanded and the Strength in Numbers guild perk has been capped at 1 rank, meaning a maximum of 1 additional guild union.

Note: You will need to put points back into the Guild Expansion perk to increase guild member slots to match your member account before you can invite any new members. If you have more members than the rank of this perk provides, you will need to remove some inactive members or alt characters.

Battlefield Warmonger
All ranks cost increased from 2 to 3 points each.

Change: Regular and Greater Pet Tonics are now tradable and a new category for them has been added to the Auction House.


SYSTEM
Boss Spawns & Announcements
Bugfix: The boss spawning and announcements systems have been completely rewritten as boss spawns were sometimes getting missed (Firepit bosses or buff, world bosses etc.) when the server was under some load. These changes guarantee that bosses will be spawned.


GATHERING
Bugfix: Corrected the coordinates of several unclickable ore veins and chests in Port Plunder and Pandahama Island. If you come across any more send me a message on the website or Discord with the map name and approx. coordinates and I will get them fixed.

Efficiency: Changes to item and skill icon loading. Icons are now loaded on demand instead of the client loading every single icon in the game at launch. This reduces memory requirements considerably.

Bugfix: Corrected the display issue in the Tarot Fortune window when you move from selecting cards to the page where you must open the cards. Some of the previous page's cards were still displayed.


BATTLEFIELD
Change: You can no longer queue for Battlefields or Colosseum with multiple characters that are using the same IP address.


ACCOUNT
Bugfix: Corrected a bug with account creation that allowed players to log into an unactivated game account which made it very easy to create vote spamming accounts. All new accounts must now be activated via the email that is sent so ensure you use a valid email address.


GAMEMASTERS
A lot of behind the scenes changes have been made relating to Gamemasters including different GM account levels with restrictions on what they can and cannot do, as well as full GM action logging, which will make it more comfortable for me to take on some new GMs soon.

I will make an announcement and give links to the applications when they are available.


Please let me know if you stumble across any bugs or oddities in this update.

Happy Easter Holiday everyone and I hope you enjoy the updates!
Reply
JUN~, Shin(oob)iashy and Chair likes this post.
Responses (15)
Sorry, but guests cannot view the replies here.
Your Reply

Does anyone have Sniper Build for PVE?

Re: IrisPATCHER not working.
That error can happen if it can't save the downloaded patch files due to permissions issues or if it

Re: IrisPATCHER not working.
HiSedy wrote: You need to run IrisLauncher to start the game, not IrisPatcher Hi, when i open

Re: Some ideas and suggestions...
magic resistance skill is useless for sniper. it could be useful if it was changes to physical evas