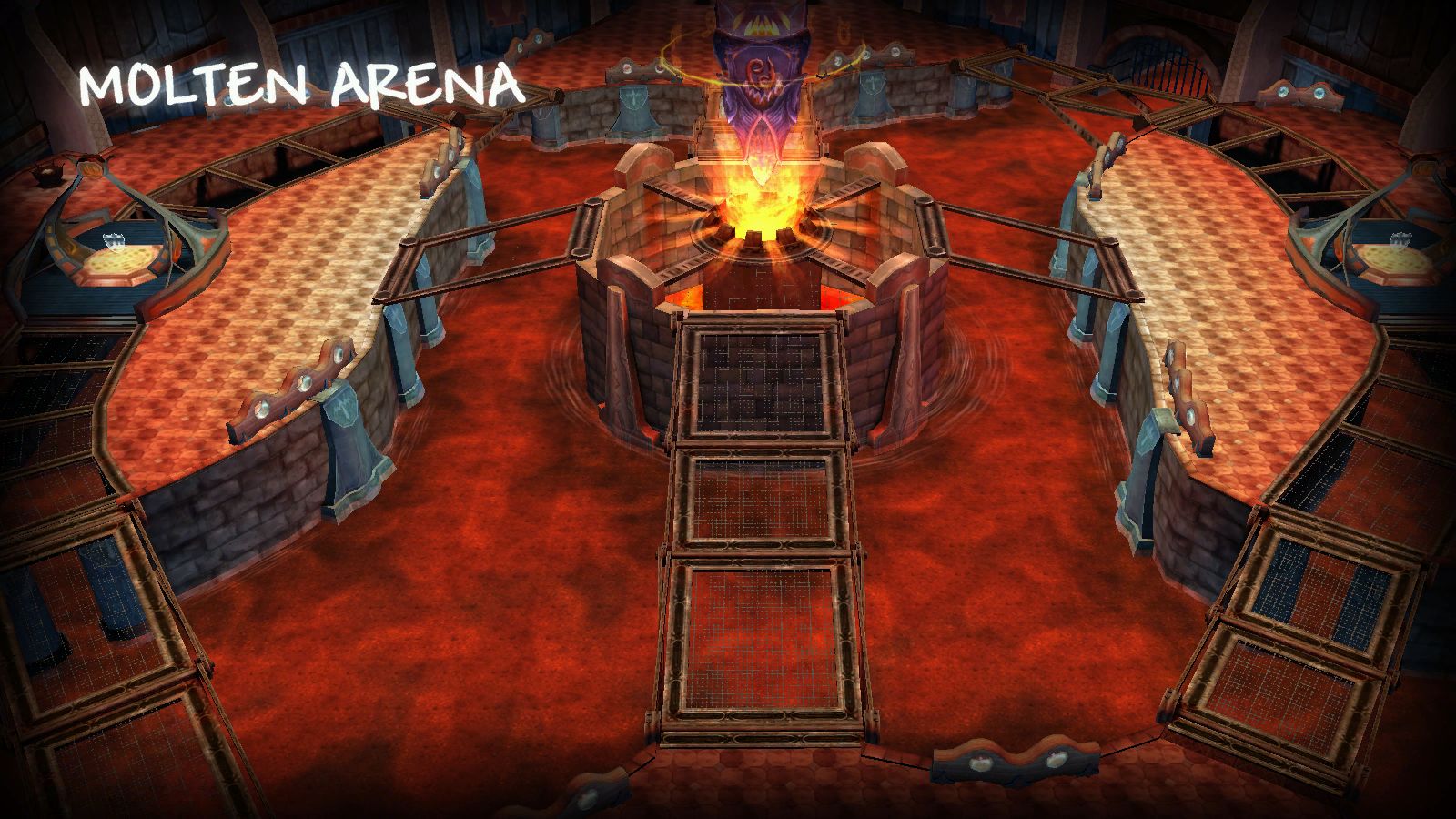 A new experimental battlefield, Molten Arena, will soon be available for players of level 20 and above.

Molten Arena is a 15 minute deathmatch style battlefield where points are earned for defeating enemy players and their tower.

There are also two spawn points where randomly selected buffs will appear that can be collected by running over them, The buffs include 20% All Attack, 50% Movement Speed, and 100% HP heal. 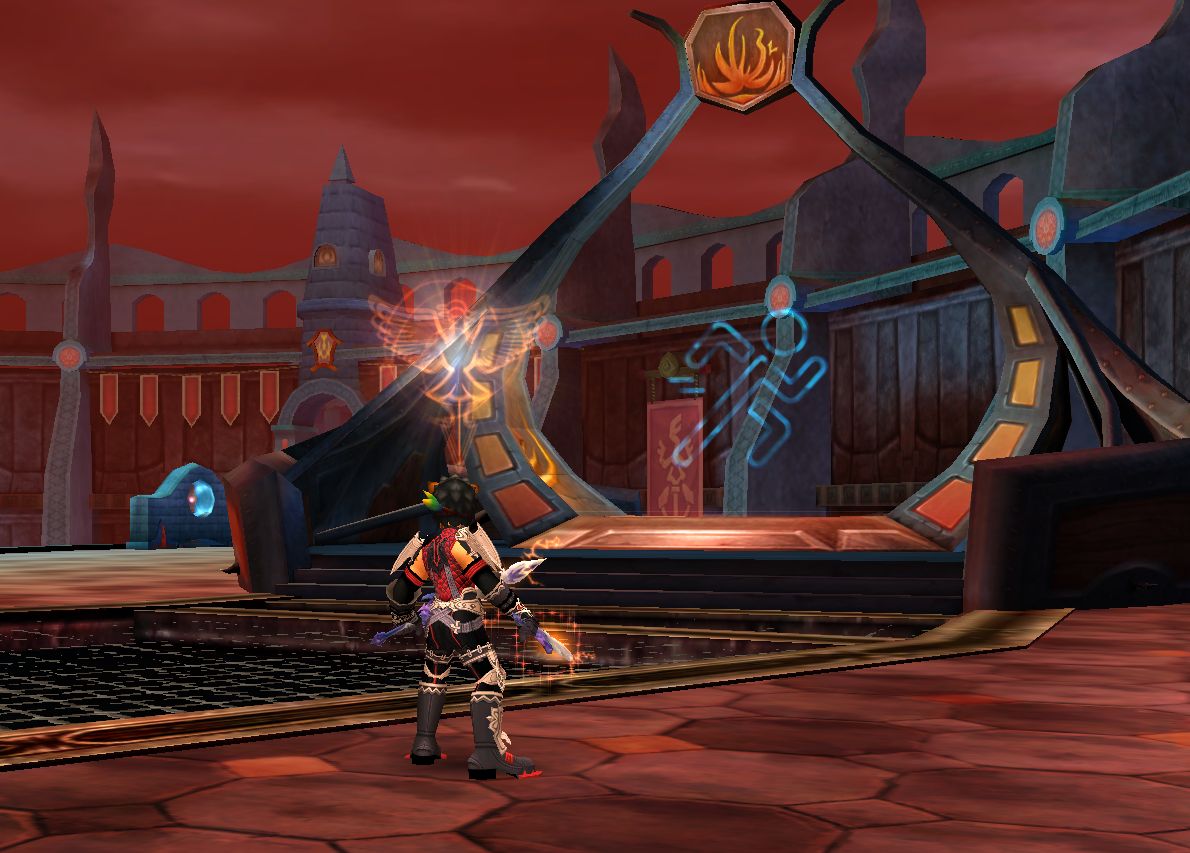 The Experimental Part
This battlefield is using a brand new system that grants players a bonus to their base primary stats (the Strength, Agility, Stamina, Intelligence and Wisdom your character gains every time it levels up), their Movement Speed, Attack Speed, Casting Speed, and Crit Rating. So instead of your stats coming from your equipped items, passive skill buffs, guild perks, and title, players will be given a set amount of stats so that everyone is fairly equal. This means all players can compete together instead of splitting the battlefield into different level brackets which rarely start for lower level players, and casual or even brand new players can simply join the battlefield without worrying about farming for the appropriate gear first.

Banned Systems
All systems that would give an unfair advantage to higher level players are unusable.

Equipped Items: All equipped items will still be displayed on your character, but their stats and any enhancements or cards will not be used and any chance effects will not be triggered.

Skill Passive Buffs: The passive skills in your skill tree will not be used.

Guild Perks: The passive Guild Perks that grant stats like Absorb, Max HP, etc. will not be used.

Titles: Titles and any visual effects will still be displayed above your character but the stats they grant will not be used.

Mounts: All mounts are unusable.


Points
75 points are required to win the battlefield. (TBC. 50 points may be preferable).

Entry Requirements
All level 20-100 players will receive an invitation to join Molten Arena every hour throughout the day. Players are not required to be in a guild as the Red/Blue system is not being used.

As with all battlefields, an even amount of players will be accepted to join. If there is an uneven amount the last lowest level player to accept the invitation will be rejected with some consolation points and rep.

Team Creation
A minimum of 6 players (3 per side) are required for the battlefield to start.
Players will be ordered by level and then split off into Team A and Team B.

Schedule
The battlefield will start on the hour, every hour.


Molten Arena will arrive in an update on Monday 8th August.
Reply
Responses (5)
Sorry, but guests cannot view the replies here.
Your Reply

Re: Hi!
I wouldn't say it's populated, but there are a decent amount of players who play this game Not much

Re: Class Skills
i havent been on for so long, decided to hop on the site and saw this thread still unbalanced til

Re: Class Skills
I do agree with all the things stated above. Especially on the significant nerf on mages. Almost all

Re: Class Skills
I can't speak too deeply on other classes but I agree for the healer suggestion; it isn't necessaril