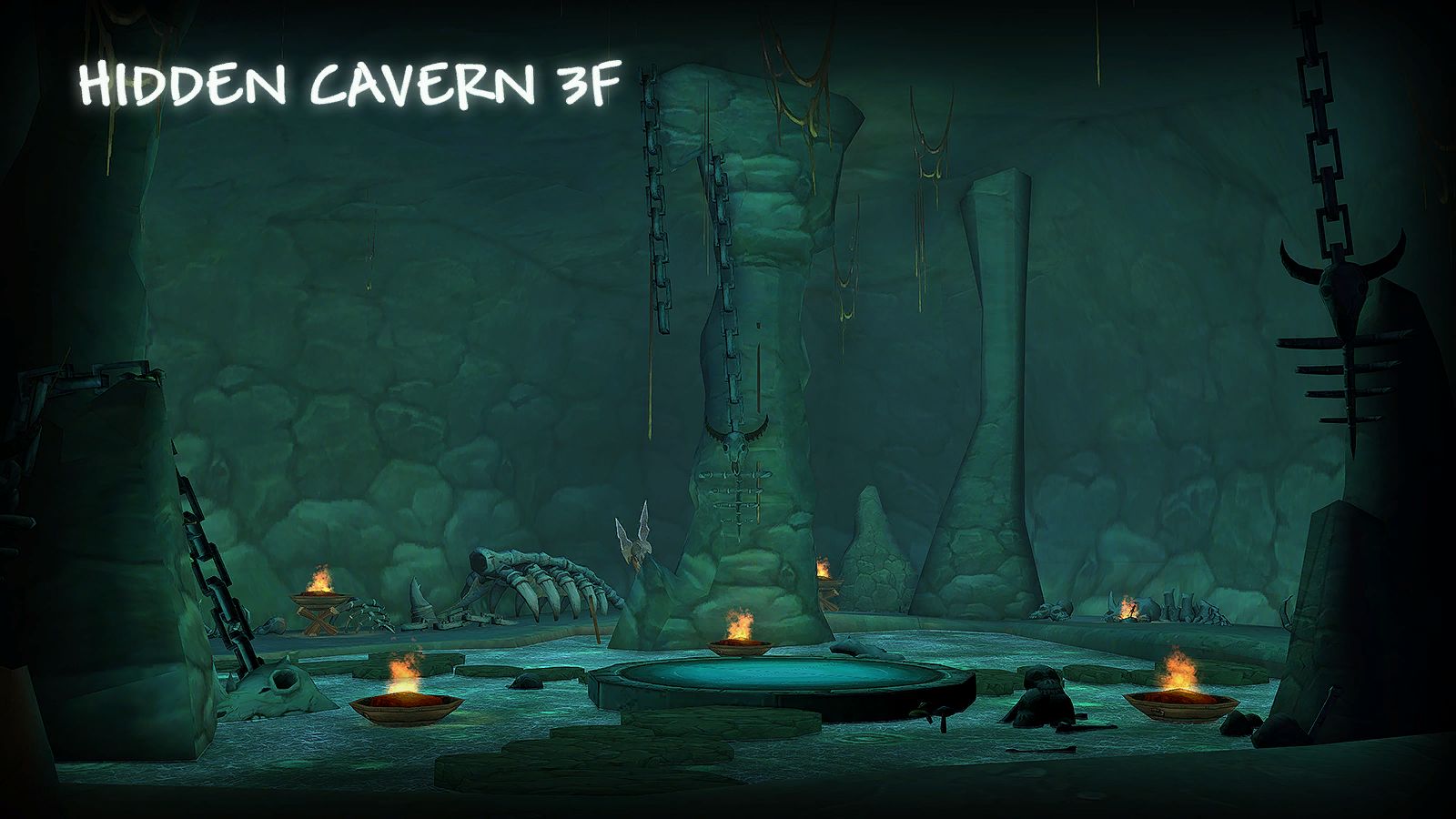 The 3rd floor of Hidden Cavern is a brand new level 100 PK enabled map designed specifically for world bosses. There will be no quests or anything required by new leveling players, it's purely for world bosses and PK, with some mining and treasure chest hunting too.


WORLD BOSSES
Hedorah Crystal Devourer
Hedorah, a new world boss has taken up residence in Hidden Cavern 3F. It will spawn once per week and will be announced by the server when it spawns just like other bosses.

Dark Predator Sraclone
The world boss Sraclone has been promoted to level 100 and will also spawn in Hidden Cavern 3F. Currently she shares a spawn slot with the new boss Hedorah, so one or the other will spawn once per week.

Okeanos
Okeanos now has a chance to spawn in Hidden Cavern 3F as well as the usual Port Plunder on Sundays, and either Port Plunder or Abysmal Shore on Wednesdays.

Corrected a bug with the recent change to spawn in Abysmal Shore on Wednesdays - it was supposed to be a chance to spawn there, not guaranteed.


MONSTERS
Pets
Corrections to boss monsters that were unable to attack pets at all. It's only AoE skills that should not affect pets. Now, a monster will attack a pet that is on it's threat list if it cannot reach a player.

Boss Obstructions Bugfix
Corrections to the pet system that were preventing boss monsters from removing doors/gates/obstructions that they created as part of their encounter if players ported out of the dungeon or disconnected while they had a pet summoned, at Radon for example.

Wind Walker
Vanish & Camouflage
These skills can no longer be used when carrying a flag in a battlefield. If used, the flag will be dropped.

Players that have initiated an attack and are in the process of moving to the Wind Walker to use a skill or autoattack when Vanish or Camouflage are used will now stop attacking correctly instead of continuing to move to their location and attacking them.

Myrmidon
Dragon's Courage
Corrected the tooltip to state it is shared with Tiger's Fury and Phoenix's Fervor.


MECHANICS
Mounts
Correct a bug that allowed you to use a mount while under the effect of a Stun or Sleep debuff.


PK
Karma from AoE Skills
Reverted the previous change that prevented AoE skills from affecting Karma if the AoE hit non-targeted players. This was implemented to prevent players from causing Karma changes by walking into your AoE skills at bosses, but since players are now using it to attack players without affecting their Karma, it has been reverted. You will now need to be more careful which skills you use when enemy players are around.


BATTLEFIELD
Deserter Debuff
The Deserter Debuff will no longer be applied to players that disconnect after the battle has ended and results have been displayed.


MONSTER TRANSFORMATION
End Transformation Button
Corrected some possible issues with this button when ending a transformation that may have been causing a mismatch between the server and your game client.

Decomus Magic Tank
Corrected an issue with the Magic Tank gatherable transformation in Decomus that prevented you from canceling it.


INTERFACE
Immunity Feedback
The UI will now display the message "Immune" above targets when your debuff, knockback, or pull, fails due to the target having immunity to it.

The "Resisted" message remains as it was and will be shown when the debuff fails due to it's chance rate and your Accuracy vs the target's Resistance rating.

Friend Announcements
Corrected a bug with friend login and logout announcements in the chat box not showing when in a dungeon or battlefield.

Title Window
The 5 most recently used titles are now displayed in the title window and can be quickly selected instead of scrolling through the entire list. This was an original feature that I disabled a long time ago due to bugs that are now fixed.

Hero Window
Corrected the tooltip for Agility and Wisdom to reflect the recent changes to Magic Evasion. Magic Evasion now comes from Agility, not Wisdom.

Vortex/Snow Mountain/Hall of Elements
Corrected the Reward window still being displayed when everyone in the dungeon dies with no remaining revives available. No rewards should be given when this happens but it was still displaying it and you were not able to get rid of it until you completely closed the game client.


GAME ENGINE
Improvements when moving between areas on a map with different colour fog or lighting differences. It should be much smoother and gradual now.
Reply
Responses (10)
Sorry, but guests cannot view the replies here.
Your Reply

Re: How is this game still alive?
I think alot of ppl just over time got tired of really grindy games..its still a great game to retur

Re: How is this game still alive?
Tero wrote: it has it's loyal or faithful players since it all began from what it seems but actua

Re: [Request] Guild Points Reset
Hi GM @Sedy~ I'd like to reset my guild points. Thank you